The gap between Microsoft & Amazon on Work-from Home 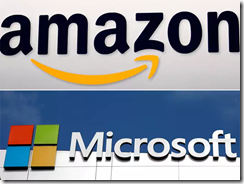 When Amazon said in March that most of its 60,000 workers in the Seattle area would return to the office by fall, some employees were infuriated. A few threatened to quit for reasons both substantial and otherwise, including one who said post-pandemic rules would interrupt his regularly scheduled kayaking. At the same time, Microsoft, at Redmond, said employees could work from home, the office or in a hybrid arrangement. Covid has compounded the impression that while Microsoft is often more enlightened, Amazon is harder driving and more old school. As employers compete for prized workers, demand for remote or hybrid work is fast becoming a part of hiring negotiations and compensation packages. Work flexibility may be even more important than pay.

“I think the job market has changed forever,” said Chris Bloomquist, co-founder of Talent Mine, a tech recruiting startup. Years ago, he said he could have counted on one hand the number of prospective employees seeking remote work. Now, seven of 10 candidates mention it off the top. And many, several recruiters say, insist on 100% remote.

Amazon has clarified its rules, likely shamed into it by corporate peer pressure. It now plans to allow two days of remote work. This beats its earlier “office-centric culture as our baseline”, but maybe not by enough. “People can be wooed away by other companies,” said an Amazon software engineer who requested anonymity. “I am jealous of Microsoft. There is implicit trust in its policy, that trust is meaningful.” A self-described introvert, she feels the office reduces her productivity, which flourished under stay-home rules, partly because she said she recharged after a daily siesta.

Read the rest of the article here:

This entry was posted on Saturday, September 4th, 2021 at 8:38 am and is filed under Uncategorized. You can follow any responses to this entry through the RSS 2.0 feed. You can leave a response, or trackback from your own site.