Today, I told you, “Good night Sheepa – I’ll always love you,” as I have every day since you came to us… for the very last time.

DISCOVERING SHEEPA – 6 YEARS AGO
Six years ago, we saw you at a rescue.  We took you out for a walk after seeing you tucked in the back where no one else could see you.  According to the owner, no one wanted you and you could be had at a discount.

Your fur was matted & coarse, you were bony & malnourished, and you were riddled with fleas & ticks.  As we put you back in your kennel at the shelter, you licked my hand on the way in as if to say, “Thanks for at least giving me the chance,” before I left. 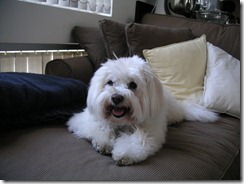 I came back 3 hours later, and we adopted you for a mere $100.  Because no one wanted a flea-bitten, ragged old dog.  Yes, you were on the clearance rack.

You were 10 years old then.

SHEEPA, MY BEST FRIEND
You more than repaid me for that day.

You became my loyal companion and the most consistent presence in all our lives.  You never failed to push the door open to “visit” while I was in the bathroom.  You waited by the glass door patiently while I took a shower.  You followed me up and down the hall in the mornings all the way until I took you out for your morning walk.  You put your paw on my knee or foot to let me know that you liked me and approved of me.

One day, Mommy came home from the hospital and there was a new ‘dog’ in the home named “Kyle” and suddenly he got a lot of attention that used to be directed at you.  He was fawned over with rattles & bottles and people sat with him as much as they sat with you.

You never complained.  You never bit anyone – especially not Kyle.  You let him tug on your ears or pull your fur as he crawled through your bed and other things.  It was as if you were saying:  I’m just happy to be here.

MY OL’ BUDDY, THE CHICK-MAGNET
On our daily walks, women would ask, “What kind of dog is he?” fawning over you like a rare breed.  We’d smile and say that you were an adoptee and that we didn’t know.  You’d prance around with a big smile & people would ask if we were interested in ‘breeding’ with you and we said that we couldn’t… for obvious reasons.

You’d come such a long way from those early days of having shagging, rough fur, a slow belabored walk, and an irritable, belligerent attitude.  With healthy top-notch

food, frequent shampooing, an occasional good grooming, and lots of TLC, you became the greatest representation of what an adopted dog could be.

You sat, shook hands, high-fived, rolled over, laid down, and passed obedience school.  You were house trained practically from day one and you always let us know when you had ‘to go’.

And with that, there was always one common thread:  Everyone loves Sheepa.

OUR SUMMER OF 2011
I should have known something was coming.

I wrote a post a while back about your urinary tract infection and how it scared me so much.  I didn’t really think it might be connected to something bigger.  Maybe it was, maybe it wasn’t.  But I should have noticed something was coming.

You were probably hinting that it was your time but I didn’t see it.  Or maybe in the back of my mind, I didn’t want to see it. 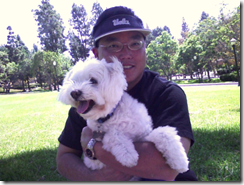 THAT TERRIBLE, TERRIBLE PHONE CALL
You’d been transported by others to your veterinarian.  Dr. Schwartz said that you likely had a very serious stroke.  It all but incapacitated you and stopped your ability to stand, walk, eat, drink, even just sit.  You laid on your side for with Nurse Maggie turning you every 3 hours or carrying you around the hospital so you could move around.   You developed a small bed sore and had to be fed through a tube.  The hospital kept you on an IV to ensure you had fluids since you could barely drink.

I wrote a blank check for the doctors who said we should see if there was any improvement over the next 48 hrs, but you had a few more seizures and that took what little you had left. You couldn’t move your neck… you wouldn’t even eat your favorite:  Chicken.

You were so weak.  Dr. Schwartz & Nurse Maggie took good care of you, gave you sedatives and painkillers.  When I came to get you, you twitched really badly but you recognized me and tried to get up to lick me but didn’t have the strength in your tongue so you pressed your lips to me.

I held you for 30 minutes and we both cried.  I carried you out to the waiting room and the doctor said that you might not make it through the night but I said that I wanted you to come home at for at least one more night.  The staff provided me with painkillers for the night ahead:  “If you think he’s in any discomfort, Kurt, don’t skimp on these – okay?” is what they told me.

We drove home and I placed you in your bed one last time.  I spent the night by your side stroking your fur:  It’s grown coarse & rigid almost like the day we met you.  I saw tears in your eyes through my own tears and I gave you more of your pain meds which calmed you.  You got just a little sleep.  I got just a little too. 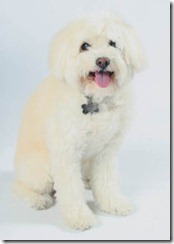 IN THE END
You died in my arms at 9:35AM August 25th.  Never, ever in my 40 years have I ever cried so hard, for so long.  Not when world disasters struck.  Not when relatives passed.  Never.

I have terrible crying fits every so often.   I think of you all the time.  God, I miss you so much, ol’ pal.

STILL SMILING, STILL HAPPY
After you left us, I strangely for whatever reason found myself inherently being kinder to people. Being less angry.  Never shouting.  I didn’t quite understand why, outside of just always being sad.  Then I saw this quote attributed to St. Roch, the patron Catholic saint of dogs, and it suddenly made sense:

They are our friends, partners, protectors, ever-loyal, all-forgiving, to their heart’s last beat… the least we owe them is to live a life worthy of their devotion.

And I knew you were still with me. Still following me around. Still licking my face.

Just happy to be here.

Sheepa, my best friend
Rest in peace… and I hope
you finally catch that squirrel
across the Rainbow Bridge.
Adopted life:
October 2nd, 2005 –
August 25th, 2011

Why do eBooks cost more than hardback books?

This article caught my eye and was so interesting I thought it was worth a redirect post:

The good people at Reddit recently noticed something peculiar and engaged in a spirited debate about it. The topic? A bete noir for many an e-book reader:

How could this possibly be? Paper costs more than electrons, so surely e-books should be cheaper, right?

Believe it or not, this isn’t a glitch. And it’s not happening because publishers are asleep at the wheel either.

Come down the rabbit hole with me into the wholesale/agency tunnel, and I’ll tell you why this is happening.