Catching up on Joss Whedon’s Firefly

Earlier this week, a guy named Stephen Byrne posted a video called “The Animated Adventures of Firefly Teaser”, which appears to simply be a sample of a proposed cartoon based on the Firefly universe.

The Animated Adventures of Firefly Teaser

If you are, or know anyone that calls themselves a “Browncoat”, you know Firefly fans take themselves very fucking seriously.  Having attended the first showing of the movie, “Serenity” in LA, I can tell you that fans indeed love their “Firefly”.

If you’re interested in getting into the “Firefly” series, you should know that there were only 14 episodes ever produced, and only 11 of those were actually broadcast.  But the series had such a diehard following that they were able to create a movie called “Serenity” that helped tie off a few of the major

threads that were left hanging from the series.  The investment for either of these is marginal, as for about $18, you can get everything.

Now, if you like what you see, you can listen to Amazon’s exclusive interview with director Joss Whedon about “Serenity’s” Collector’s Edition.

For folks that “just don’t want to let go””, Joss Whedon essentially finished the series & the stories through graphic novels.  Here are the graphic novels that are purchasable here: 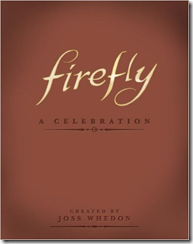 And for the fan that REALLY wants to roll around in the Firefly universe one last time, there’s the “Browncoast Bible”, aka the documentation of the Firefly universe.  550 pages of insanely detailed material about the show, it’s filming, and the cast.

This entry was posted on Wednesday, August 17th, 2016 at 2:31 am and is filed under Uncategorized. You can follow any responses to this entry through the RSS 2.0 feed. You can leave a response, or trackback from your own site.