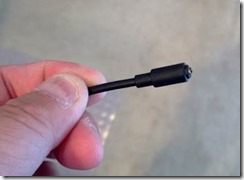 I received a couple Nokia DT900 Wireless Charging Plates through a clearance sale of sorts online.

One of them sadly had a broken power cable, but I figured no big deal, right?  Nokia’s notoriously awesome at customer service and I’m sure it’ll be a piece of cake to get a replacement power cable.  After all – it’s just a stupid cable with a materials cost of probably less than 25 cents, right?

NOKIA ON TWITTER
I first tried the Twitter feed for @nokia.  Nothing.  Okay, my bad.  Let me see if they have an actual support feed.  Sure enough, they do and it’s called @nokiacareus.

I fire off a tweet to this new twitter feed, asking them for the process of buying a new, replacement power cable.  After all – they must have ‘em lying around in droves right?

This back & forth went on for several days & you can read the rest of the thread HERE but the point is after talking with Nokia Support and a little research on my own, the following became clear to me: 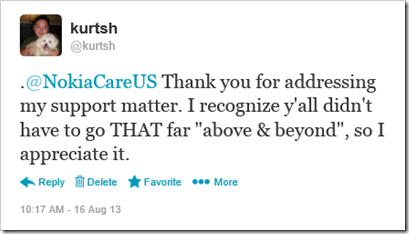 Again, thank you Nokia Support.  You were a little slow, but dammit you came through for me.

This entry was posted on Saturday, August 17th, 2013 at 1:25 pm and is filed under Uncategorized. You can follow any responses to this entry through the RSS 2.0 feed. You can leave a response, or trackback from your own site.