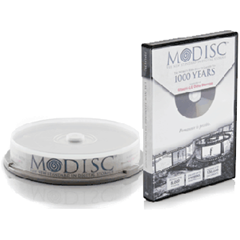 A couple months ago, I popped in a DVD that I’d burned that contained archives of some old data that I wanted preserved.  I had in fact used the disc before to retrieve some data off of it and now, 3 years later, I found myself again, putting it in the exact same disk drive that was used to originally burn it to retrieve even more data.

Wow.  Nothing like having your belief system rocked by a loss of one-of-a-kind data.  I’d always assumed that my data on DVD was going to be good for at least a decade or so… and by then I probably wouldn’t need it any more.  But here I was, with a completely unreadable DVD.  Yes, I tried everything.  Recovery software, other drives, cleaning the disc, blahblahblah.  No use.  The disc has GONE BAD.

Fortunately, I have everything also backed up into the cloud so at least I have that backup even though it would take forever to restore, however I started thinking, “Man – what if this had been my kid’s birth photos & videos were on here and I didn’t have a backup?”

M-Disc:  Write-once & Read Forever
You might feel like you’re making a “permanent” backup of your files when you copy them onto a DVD or backup to a computer hard-drive, but the truth is these devices suffer from natural decay and degradation.

Current DVD technology uses organic dyes and low laser power to make marks on the data layer of a standard recordable DVD. Over time, these marks become unreadable because organic dyes degrade when exposed to minimal levels of light, heat, and humidity. This means all the data you thought was safely stored could be lost because the discs you used have an average lifespan of only about 3 to 5 years! Why would you risk your data based on an average; hundreds of discs taken into account in that average were corrupt and unreadable after only a few months. With Millenniata, we don’t subject you to the possibility of losing your data. When we say “Write Once and Read Forever™”, we mean it.

So for my purposes:  Mostly photos… video… music… stuff like that that would easily fit on 4.7GB platters, this makes a lot of sense.  And the knowledge that the data is safely stored for 1000 years on these discs without degradation is comforting.

Here’s a link to what I bought, and a link to a study that was done on the platter’s durability:

This entry was posted on Monday, September 17th, 2012 at 11:43 am and is filed under Uncategorized. You can follow any responses to this entry through the RSS 2.0 feed. You can leave a response, or trackback from your own site.