Whoops… looks like an update has hit ESPN today!
The NCAA has combined its investigations of two former USC star athletes into a single probe of the Trojans’ athletic program, the Los Angeles Times reported.

In separate investigations, the NCAA has been looking into allegations that Heisman Trophy winner Reggie Bush and NBA lottery pick O.J. Mayo both received improper benefits while at USC. 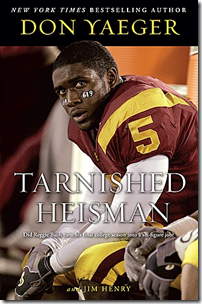 Given USC Football’s dramatic success in the 2000 decade:

And USC’s upstart success in basketball starting with the 2005 season:

Also seeing that recent news has been bubbling to the surface about the NCAA’s multi-year activities:

April 3rd, 2009:
The following suddenly came down the wire yesterday from Scout.com inside reporter, Tracy Pierson, who over the past 2 years has been very quiet on this topic:

This entry was posted on Saturday, April 4th, 2009 at 12:48 pm and is filed under Uncategorized. You can follow any responses to this entry through the RSS 2.0 feed. You can leave a response, or trackback from your own site.